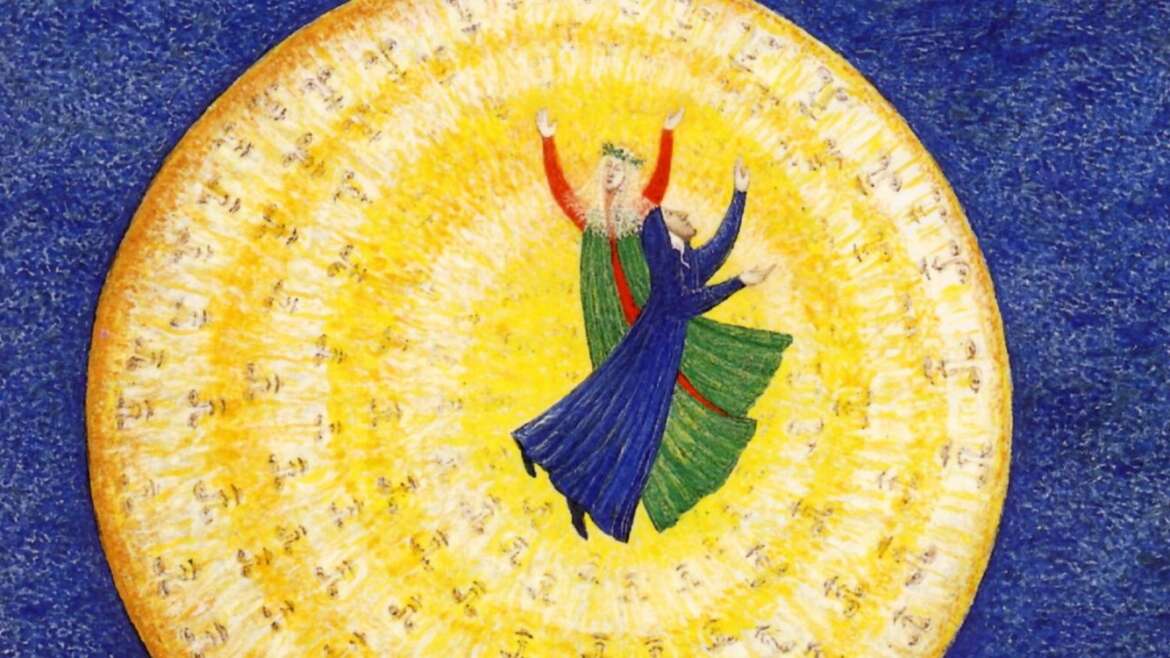 These two predictions of the 14th Century Florentine poet Dante are as pertinent today in the Great Unraveling as they ever were.  Without a new response to suffering, the passing on of suffering will go on and on, expressed both toward others and the world around us.  Psychological and spiritual practices to break the ceaseless passing on suffering will make love of all life more possible, with both personal and communal positive effects.

Dante’s Divine Comedy is most famous for its illustrated tour through the seven circles of Hell, but the journey through the underworld only comprises one-third of the whole story. When the work is viewed in its complete form, what is commonly perceived as a cautionary tale of fire and brimstone can actually be read as a journey of transformation of human nature on a personal and a societal level. This extensive and detailed spiritual journey focuses on one key theme: accessing the empathy, wisdom, and intuition of our Higher Selves.

At Higher Self Yoga, we see the Higher Self as an extension of yourself that is part of you and part of the Source—the ultimate higher power, the universal source of cosmic energy. This energy links us to everyone and everything. We are all interconnected through shared energy. And as this universal energy—this higher consciousness—is contained within each one of us, we can use the Higher Self to access this universal wisdom and knowledge from within.

In the following piece, Dr. Richard Schaub Ph.D., founder of Huntington Meditation and Imagery Center and clinical researcher for the practical applications of Psychosynthesis Psychology, reveals how Dante’s journey culminates with a journey into heaven guided by his Higher Self personified by the character of Beatrice.

Through his discussions with Beatrice, Dante is able to find the courage to begin his journey of self-refinement. By bravely reaching for higher realms of consciousness Dante was able to contribute The Divine Comedy to the great canon of mystic poetry, challenging readers to begin their own journeys. Dante makes the case that the impact of personal exploration and refinement impacts the landscape of human nature as a whole, so much so that he argues that human nature must first be changed through the work of the individual.

The Deeper Wisdom of Beatrice

What was Dante’s answer to his own pessimism?  How did he think human nature could change?  In considering his answer, we need to take in his situation.  While on a diplomatic mission as the Florentine representative to the Vatican in Rome, he had been brought up on false charges by the rival political party in Florence, found guilty in absentia, and condemned to be burned alive if he ever returned.  He never returned.  He wrote The Divine Comedy while living in exile with a death sentence on his head.  Married with three children, he was never able to return and be with them again.

His answer as to how human nature could change was to go on an inner journey, a very specific journey:  going down to hell, climbing up purgatory, gaining access to paradise, in that order.   The journey to hell (the Inferno) is the most famous aspect of The Divine Comedy, to the degree that his great work is often referred to as Dante’s Inferno.

The Spiritual Quicksand of Indifference

His insights are startling.  For example, what is at the very entrance to hell that we find at the start of the downward journey?  The realm of Indifference.  The souls we find in the realm of Indifference don’t care about life, don’t have a love of life, and are sentenced to mindlessly running around following the banners of one leader after another.  And, in an amazing image, what do the leaders have on their banners that the souls are so obedient to?  Nothing.  They have nothing on their banners.  Their banners are empty.

Geniuses exist outside of time and circumstance.  Dante’s genius (more books have been written about The Divine Comedy than any book in history except for The Bible) has a prescience to it.  As an example, consider this scene at the bottom of the mountain of purgatory.  These souls have figured out how to get out of hell and have crossed the river to this mountainous island. The journey up the mountain (toward increasing freedom from destructive patterns and closer to higher consciousness) waits for them.

What do they do?  They turn away from the mountain, hang out on the shoreline, and stare out at the water waiting for entertainers to arrive:  TV channel surfing, 14th Century style.  Fortunately, Dante himself is being guided to start to climb the mountain because there is much more waiting for him if he ascends.  He does so, and at the very top he meets Beatrice, his Higher Self, who then guides him into higher states of consciousness in paradise.

When Bonney Gulino Schaub and I were writing our book about the journey, Dante’s Path, we had many conversations with our Florentine colleagues.  One of them, Massimo Rosselli MD (then director of the Florentine Psychosynthesis Institute), said that very few Dante scholars even in Italy understood that Dante actually had experiences of higher states of consciousness (transpersonal experiences) and so treated his descriptions as poetry only.   Massimo knew from his own personal experiences, largely the result of his psychosynthesis training, that higher states of consciousness are objective fact (now verified by contemporary neuroscience), and that Dante was clearly describing the factual journey to higher consciousness.

If the Florentine psychiatrist Massimo Rosselli, a student of the Florentine psychiatrist Roberto Assagioli, who was in turn a student of the Florentine mystic poet Dante, was correct, then sitting in the psychosynthesis tradition is one offering to the current world crisis.  Not the only answer by far, but one of them.  As Dante said, “Human history can’t change until human nature changes,” and perhaps it can be helped along by Dante’s own prescription: “I write for future generations to help them move from misery to bliss.”

Perhaps a modern understanding of the journey waiting inside each person can make a contribution to human nature changing.  Perhaps the discoveries that Dante made – and its modernization by Assagioli – still wait as potent change agents.  Is everyone going to go on the journey?  Of course not.  Does it help to know that such a journey exists, that such potential is sitting there inside us?  Yes.

At Higher Self Yoga, we believe that anyone can choose to undertake this journey of self-awareness. This elevation towards spiritual states of higher consciousness begins when you learn to connect with the deeper wisdom inside of you. We know this hidden knowledge inside of us as intuition, that feeling in our gut that gently guides us towards our path in life and connection to our Higher Self. Take the first steps towards building a strong connection with your intuition by downloading our free introductory course, Awakening Intuition.

Richard Schaub, PhD, and Bonney Gulino Schaub, MS, RN, are directors of the Huntington Meditation and Imagery Center and original co-founders of the New York Psychosynthesis Institute.  They are the authors of five books, including Dante’s Path, an exploration of the lineage of psychosynthesis from the 14th-century mystic, Dante, to the 20th-century psychiatrist, Roberto Assagioli. They have also authored many professional articles on the applications of psychosynthesis.  They are now dedicating their work to transpersonal development training for health professionals and the general public. 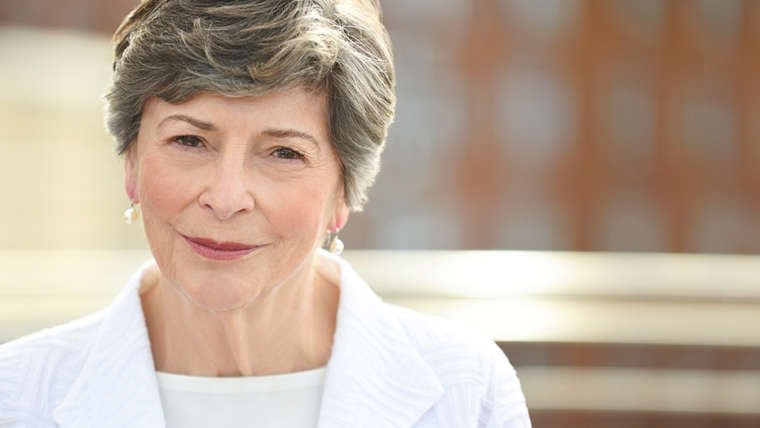 A Word from Our Founder Nanette Hucknall 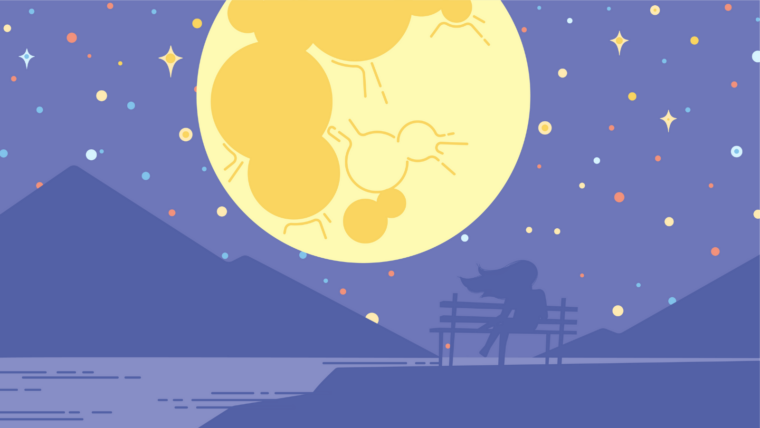 5 Ways Your Higher Self Can Appear to You (And Why)