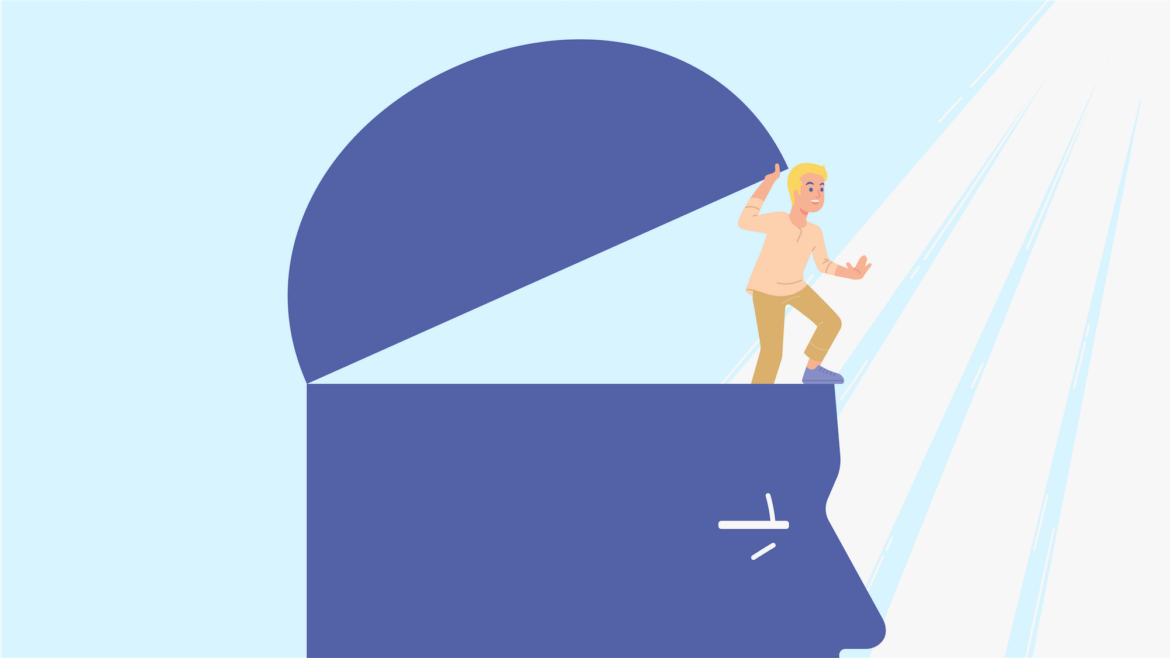 We’ve all heard the saying that we become more like our parents as we age. The concept is so familiar that it recently became the theme for an entire commercial campaign by Progressive Insurance, in which the fake psychologist Dr. Rick tries to help new homeowners who are subconsciously adopting the behaviors of their parents.

The premise makes for a number of clever punchlines as Dr. Rick’s “patients” struggle to stop emulating the quirky and annoying behaviors of their parents, but the charming relatability of the ads underscores a much deeper truth: No matter how rebellious and unlike our parents we may have been in our early years, the power of childhood conditioning lasts well into adulthood. What’s more, we often remain totally oblivious to those behaviors, habits, and ideas until they’re directly pointed out to us.

As children, we learned by watching. Like little sponges, we soaked up the behavior and ideas of everyone around us (not just our parents), whether they be positive or negative. In adulthood, it’s remarkably easy for these influences from our youth to solidify into deeply held assumptions that influence our behavior. Absorbing a proclivity for Dad jokes or a fascination with business overhead like Dr. Rick’s clients is funny and harmless, but there are plenty of negative traits, beliefs, and assumptions we can learn during childhood that are far less innocuous.

These harmful beliefs can revolve around culturally-sensitive topics like race, gender, or sexuality. Even if we consider ourselves progressive and tolerant, it’s possible for these negative assumptions to be lurking in our subconscious, influencing our behavior in ways we don’t even realize. All of these beliefs do have one thing in common, though: we hold onto them and remain unaware of their influence because we never really examine where they come from.

When we walk a spiritual path, it’s common to realize we’re clinging to an outdated idea or belief that is holding us back. Our spiritual progress requires that we search deep within ourselves for these beliefs and work to overcome them using the guidance of our Higher Self.

What is the Higher Self? Our Higher Self is an accumulation of our most positive characteristics, a representation of all our inner wisdom and potential. When we have a close relationship with our Higher Selves, we become the best possible version of ourselves. The Higher Self is that calm, loving, and spiritual part of us that knows our purpose in life, and encompasses our potential to live a fulfilling and joyous life through personal growth and self-awareness.

False Beliefs About Others

Perhaps you were raised in a household that was prejudiced against a certain race or sexual orientation. It’s often the case that children raised in these environments don’t realize how prejudiced their upbringing was until much later in life. Even if they recognize it as adults, it’s possible for negative beliefs and assumptions to linger and influence their beliefs and decision-making. You may not “hate” people from those groups, but deep down, you might still consider them fundamentally different from yourself.

As another example, you may have been raised in a “traditional” household where women always wait on the men in the family, and even if you think you hold feminist beliefs about equality, you might still assume it is the woman’s job to maintain the household and be the more active parent to the children.

Remember, we must honestly evaluate ourselves for negative beliefs, and having such a high opinion of ourselves to the point where we think we’re “too evolved” or “too progressive” to even entertain that we might be holding on to false beliefs is a form of spiritual arrogance. For example, it is not only men that can have false beliefs about gender. Women might expect their husbands to carry heavy things, do minor repairs, and take care of the garbage. And yet, when that same woman was living alone, she did all those same jobs without question. It is one thing if both partners agree on this division of chores, but assuming that this ALWAYS has to be the case is another example of a false belief arising from outdated tradition.

Related: 10 Ways to Connect with the Higher Self

Exercise: Think of all the assumptions you might have about race, religion, gender, sexual orientation, and class. (It may be helpful to address one topic at a time). Ask yourself what core beliefs you have around these ideas that you might not notice on a daily basis.

Write all of these feelings down, analyze their source, then check each one with your Higher Self, asking, Do I truly believe this?

• If the answer is yes, ask your Higher Self if your belief is based on truth.

• If the answer is no, look at your family of origin and determine whether the belief was played out there.

After you have determined what beliefs to discard, notice how often they come up in your life and relationships. Becoming aware of these beliefs and how they can influence your day-to-day thinking and outlook is the first step to moving beyond them. 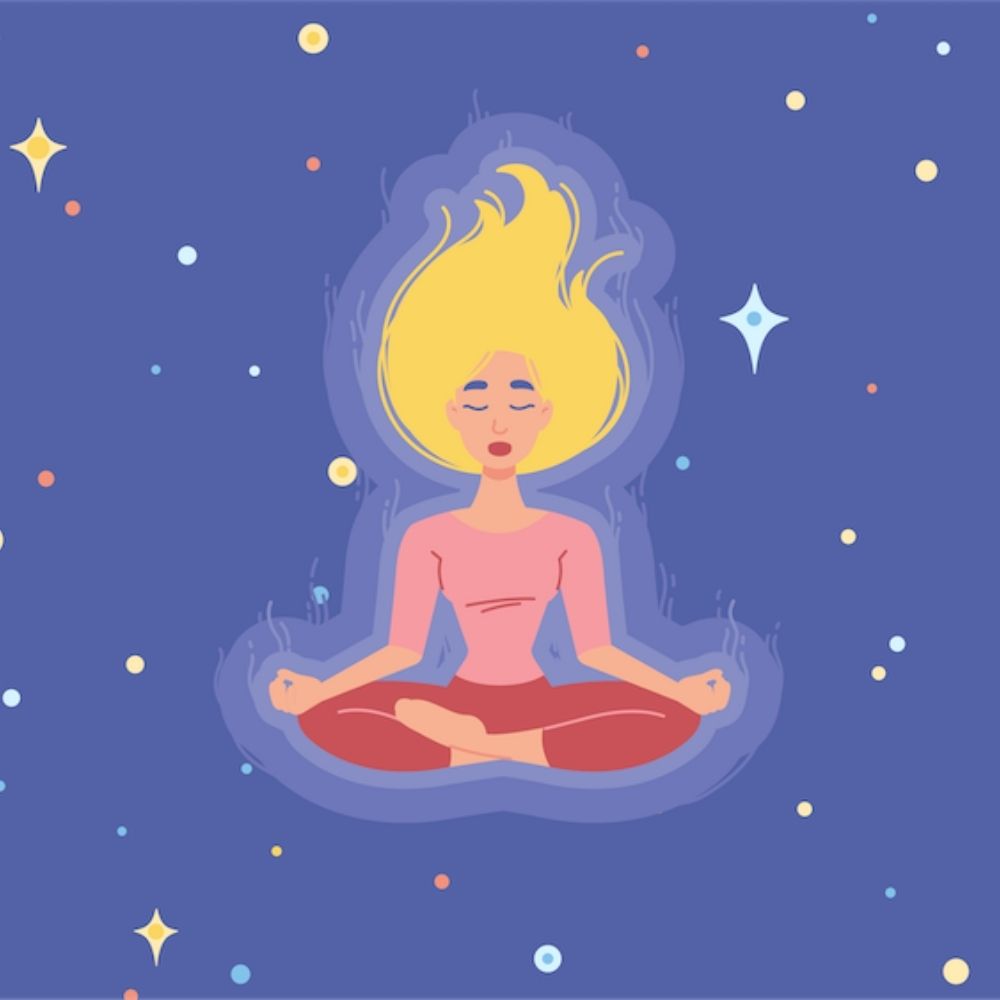 False Beliefs About Yourself

It’s also very common to have false beliefs about yourself that you’ve held onto since childhood. Think about all the adjectives you would use to describe yourself. These descriptors might be true, but in some cases, you’ll find you’re holding on to false beliefs about who you are simply because you’ve had them your entire life.

Say you consider yourself “outgoing and social” because you had a lot of friends and a very active social life when you were younger. Now, because you still label yourself this way as an adult, you put a lot of pressure on yourself to maintain a large social circle as an adult, forcing yourself to be socially active even when you’d rather stay in and read or meditate. Perhaps you were never as social as you thought, or maybe you simply changed over the years, but either way, this false belief about yourself is causing you discomfort and slowing down your spiritual development.

These beliefs can concern our physical bodies, too. You might have had an insecurity about a physical feature because of something someone said to you when you were growing up. In your mind, you think this feature is the very first thing people see when they look at you, when in reality, many people never notice it all. Your physical flaw may not be real (or at least, not nearly as noticeable as you think), but it can result in a very real loss of confidence and sense of self-worth.

Exercise: Analyze your beliefs about how you appear to others, and write down a list of ways you think other people perceive you, both physically and in terms of your personality.

If your friends see you differently than you yourself do, then it may be best to accept their observation as true and not try to change your appearance according to how you feel about yourself. Anorexic and bulimic people can die of their disease because they believe they are overweight when in reality, they are much too thin.

Continuing the above exercise, analyze your list of the changes you would like to make, if any. Highlight those items you feel strongly about and would really like to alter. Decide which ones you want to act on, and then follow through.

Related: 4 Amazing Things That Happen When You Connect With Your Higher Self During Meditation

False beliefs of any kind impede spiritual growth. Some false beliefs are buried inside and rarely emerge, but be aware that for a spiritual practitioner they will never remain dormant.

Take a close look at your lists and decide what needs to be eliminated, what feels essential for you to keep, at least for now, and what needs to be examined more. Be gentle with yourself. Realize that these beliefs are ones you have held for many years, and know that it will take time and patience to let them go. Your lower nature is always waiting to spring into action, so be aware of how it operates.

You may believe you aren’t prejudiced against a certain group and suddenly negative thoughts will emerge when you encounter someone from that group. It’s part of the process for them to emerge sometime on the path and when they do, always look at them with disidentified eyes and see them for what they are: simply false beliefs that are no longer (or never were) a part of who you are.

Remember to link with your Higher Self daily and stay linked to it when encountering a false belief. It’s part of the process for them to emerge sometime on the path and when they do, always look at them with disidentified eyes and see them for what they are: simply false beliefs that are no longer (or never were) a part of who you are.

Stay in touch with Higher Self Yoga!

Sign up for our newsletter and get a free guided meditation. 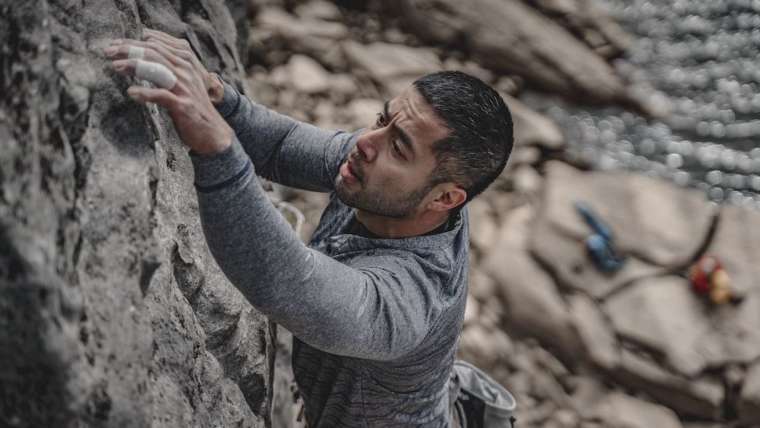 Don’t Fight Fear — Walk with It 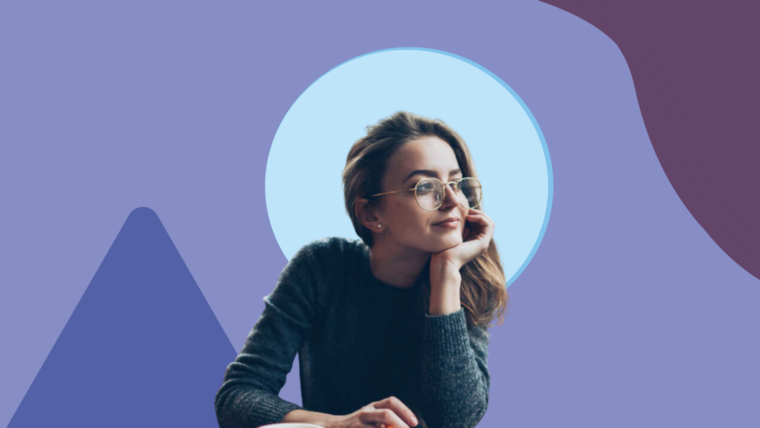