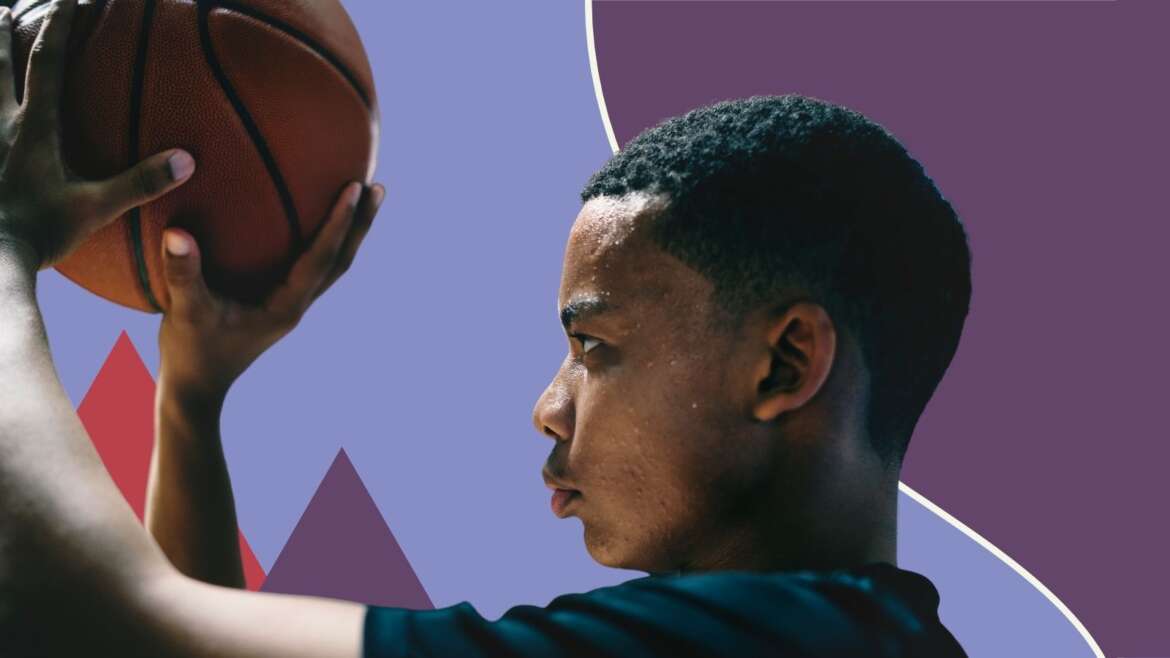 Some of the world’s top athletes are frequent meditators: Olympian and professional tennis player Novak Djokovic practices 15 minutes of mindful meditation a day, and other practitioners include A-list competitors like Lebron James, Cristiano Ronaldo, Misty May, Tom Brady, and Derek Jeter. So what exactly does meditation do that makes it so popular among elite competitors?

While the physical challenges faced by athletes are no secret, the mental rigors of professional sports are discussed far less often. But whether it’s hitting a high-stakes shot in soccer, maintaining a sharp level of focus over baseball’s 162-game season, or a quarterback moving past a bad throw that lost the game, the mental side of professional sports can be just as draining as the physical side.

To combat this mental strain, a number of scientific studies are showing that meditation can give athletes a huge leg-up both on and off the field. Here’s how:

Imagine you’re a basketball player in the middle of the best game of your life. Your movements feel easy and natural, like you’re gliding across the court rather than running. Nearly every shot you take is on target, and when you do miss, you move on to the next opportunity without dwelling on it. You can easily anticipate the movements of the defenders, and your body seems to work without you consciously directing it. Time and the outside world fall away, and it feels as though you are tapping directly into your highest potential.

This phenomenon, frequently experienced by athletes and creatives at the top of their craft, was first written about by Mihaly Csikszentmihalyi in the book Flow: The Psychology of Optimal Experience. He defines flow (also known as “the zone”) as a state in which people “are completely absorbed in an activity, especially an activity which involves their creative and physical abilities. During this ‘optimal experience’ they feel “strong, alert, in effortless control, unselfconscious, and at the peak of their abilities.”

So how do athletes achieve flow? Conscious effort and “trying harder” often put us further from this state. Counter-intuitively, it’s more often achieved by “letting go”, trusting our innate talent and years of practice to take over and guide us to victory. In his book, Csikszentmihalyi mentions the following criteria for achieving this state: concentration and focus on the present moment, a feeling of control over the situation, and an optimized state of mind and body. As you might have guessed, all of these can be achieved through meditation.

Researchers at the French Institute of Sport in Paris conducted a study to see if meditation can actually increase focus and performance. Over 4 months, seven young, elite golfers were told to scan both body and environment and notice the circumstances they found themselves in, yet trained them to focus on the target, the trajectory, and choosing the required club. The last stage of the exercise encouraged the golfer to focus only on the target, not on the stroke, helping the stroke to become more automatic. The golfers who received the mindfulness training all increased in national ranking by the end of the season, while only two of the six golfers in the control group did. All of the golfers who had the meditation training reported improvement in their performance after becoming more mindful.

Physical pain is an athlete’s most familiar nemesis. In training and in competition, athletes will push the threshold of what their bodies are capable of, often continuing long after their brains have told them they can’t go any further. While it’s true that certain types of pain shouldn’t be ignored, the ability to push out one more rep in the weight room or push past the burning in your legs on the track is essential for success. Meditation doesn’t do away with pain, but what it can do is reduce your sensitivity to it, making the sensation feel distant and less immediate.

In an NCCIH-funded study published in The Journal of Neuroscience, Dr. Fadel Zeidan demonstrated that mindfulness meditation is a form of natural pain relief, one that can be achieved without medication like blood-thinners or opioids. The study concluded that “long-term meditation does not produce changes/differences in pain intensity, but rather influences the unpleasantness dimension of self-reported pain.” Participants, who had only received a single week of mindfulness training, described their sensations of pain after meditation as “‘shorter,’ ‘softer,’ and accompanied with ‘less dwelling’ and a greater ability to ‘fully embrace the feeling of pain,’ and to simply ‘let go” of the appraisal of what the pain meant to them.

Every athlete has had to deal with devastating failure. Michael Jordan famously failed to make his high school basketball team, and in his biography, he admits to missing a whopping 26 potential game-winning shots over the course of his career. The guilt and embarrassment of any one of those missed shots had the potential to shatter his confidence, and there are plenty of famous athletes (and others who might have become famous) who can trace their downfall back to a single missed opportunity.

Success in sports requires mental strength that goes beyond overcoming short-term pain. Moving on from mistakes and not succumbing to frustration and anger is a kind of mental toughness we see time and again in the world’s best athletes. Some of us are lucky enough to be that tough naturally, but for the rest of us, research from Brown University shows that meditation gives us much better control over our emotions. Better emotional control means you can recover quicker from stumbles in the heat of competition, and keeps those missed opportunities from haunting you and affecting your future performance.

Proper recovery is just as important for athletes as a disciplined training regimen. Sleep is the most important part of recovery for the body and mind of an athlete, as inadequate sleep gives the body less time to heal. A lack of sleep can also lead to a drop in cognitive function, causing athletes to make poor decisions at key moments.

In addition to slowing recovery times, inadequate sleep can also be a cause of injury. In a study of middle and high school athletes, researchers found that those individuals who slept less than 8 hours per night on average were 70% more likely to report an injury than those who slept more than 8 hours.

With sleep being so important for the mind and body of athletes, deep and restful sleep is essential. Meditation and mindfulness can greatly reduce insomnia and the symptoms of sleep deprivation, helping athletes fall asleep quicker and achieve more restful sleep.

Successful athletes often practice some form of visualization to improve their performance. Whether it’s before they fall asleep or as a pre-game ritual, they will imagine everything they have to do to win. They will mentally walk themselves through every phase of the game or race, anticipating potential difficulties and the behavior of their competitors. Doing this over and over can prepare your mind for the real thing in the same way that physical practice prepares your body.

Scientific research backs this approach. A study from Maastricht University observed the serving accuracy of 65 tennis players. The athletes in the study showed a clear improvement in accuracy when they were told to visualize themselves hitting a target 20 times before actually taking the test. If just a few minutes of visualization can improve your skills, imagine how effective a regular mindfulness and visualization practice would be?

The power of visualization is not limited to sports performance, either. What if you meditate and visualize yourself giving your best performance in a job interview, or in a job advancement and salary negotiation, or in taking a medical school admissions test? Meditation practice can help you become your best self and deliver your best performances in everyday life. 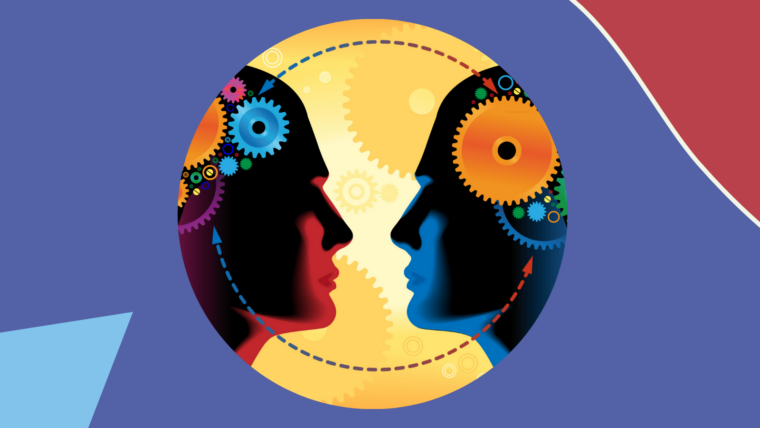 Mindfulness vs. Awareness: What’s the difference? 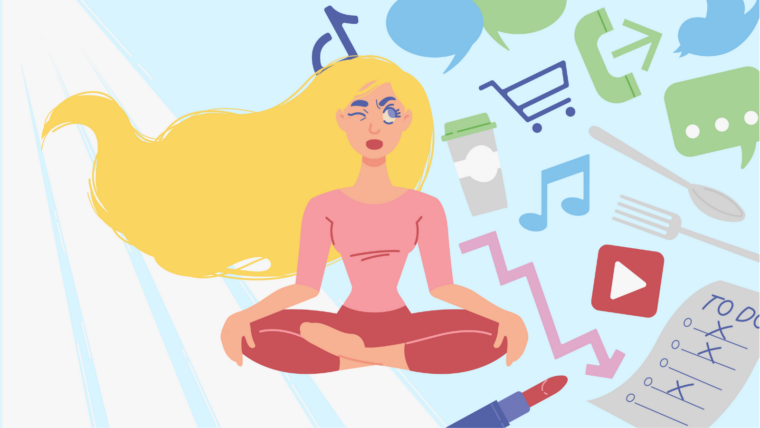 Meditation for People Who Have Trouble Meditating