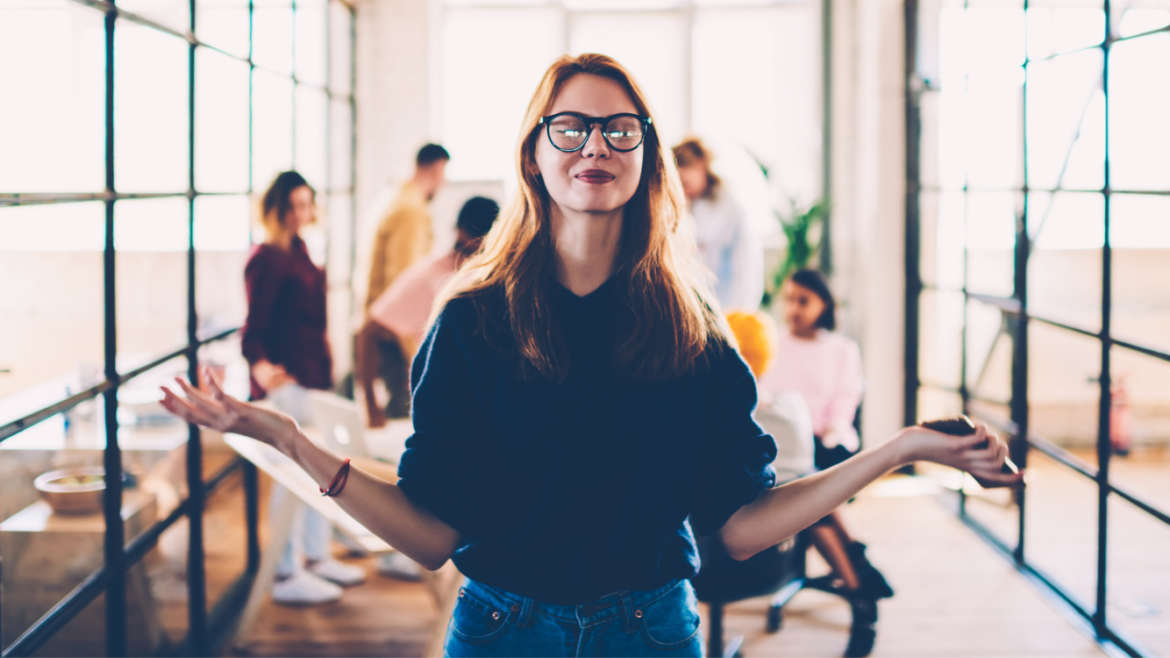 Thirty years ago, openly practicing meditation as a CEO would have given you the reputation of an eccentric, fringe, Steve-Jobs-type leader.

Today, the effectiveness of meditation is a well-accepted truth by the business community at large. Jeff Weiner, the CEO of LinkedIn, meditates daily. Bill Ford, the executive chairman of Ford Motor Company, credits meditation with keeping him grounded during a close stint with bankruptcy. “The practice of mindfulness kept me going during the darkest days,” said Ford.

Some business leaders have found meditation so useful, they actively encourage their employees to practice it as well. The billionaire CEO of Salesforce Marc Benioff not only meditates daily, but also had meditation rooms added to all SalesForce offices, and says that having a “beginner’s mind” (a meditative term for approaching situations with fresh eyes and without bias) informs his management style. And Ray Dalio, the billionaire founder of Bridgewater Associates, encouraged his 735 employees to practice transcendental meditation on a regular basis. In a Business Insider interview, Dalio said, “I did it because it’s the greatest gift I could give anyone — it brings about equanimity, creativity and peace.”

“[Meditation] has demonstrably reduced my stress and helped to maintain my good health, and has immeasurably benefited my family and business relationships. Importantly, it has helped me to make clearer, more effective decisions on the job.”

So how exactly does meditation improve your leadership skills? In what ways does it keep your mind sharp and help you maintain a connection with your Higher Self? Let’s take a look at three examples:

Imagine you have two bosses, Boss A, and Boss B. Both are competent, friendly, and make good decisions for the company. The only difference between them? One boss has an amazing memory, and the other one doesn’t. Boss A can rattle off statistics like conversion rates, tax percentages, and dates without an issue. Boss B always needs to check his books or have someone remind him of significant details.

Your boss with the great memory knows what you’re working on at any given time, and remembers what you’ve contributed to the company in past projects. The other boss can’t seem to remember what exactly you do for the company, making your work feel insignificant. Beyond the workplace, Boss A remembers details about your personal life. He remembers the name of your spouse and your children. He knows what your hobbies outside of work are, and asks about them regularly. The other boss can’t remember anything about you.

Which boss do you think employees would enjoy working for more? Which leader would inspire more confidence, and encourage their employees to put in the extra effort on projects to help the company succeed?

While some people are gifted with an excellent memory from birth, regular meditation can greatly enhance your ability to store and recall important information. One study showed that meditation can reduce “proactive interference,” where other memories interfere with your ability to retrieve more recent information. The study demonstrated that participants who practiced mindfulness for just 4 weeks had significantly less proactive interference when memory tests were administered, indicating an improvement in short-term memory.

As any good business leader knows, there’s no worse justification for a particular process than “We’ve always done it this way.” A successful entrepreneur knows how to do away with old, inefficient lines of thinking, and come up with modern solutions to take their place. Culturally, we love entrepreneurs who excel at thinking outside of the box. There’s something uniquely appealing about a leader who knows how to go against the grain and buck conventional wisdom.

Once again, we may be tempted to believe that creativity is a skill that some have and others don’t, but learning to think in unconventional ways is a skill that can be honed just like your intuition and memory. Meditation has been proven to promote “divergent thinking”, opening your higher mind to new ideas. It also improves your attention, and makes it easier for you to appreciate the potential of new ideas. In a study detailed in the Harvard Business Review, subjects were split into groups and asked to come up with innovative business ideas, with one group being given ten minutes of meditation beforehand. While all the groups came up with roughly the same number of ideas, the ideas from the meditation were almost twice as varied (in other words, twice as creative) as the control groups.

The same study offered a clue as to why meditators were able to come up with a wider range of ideas. Any artist will tell you it’s easier to come up with ideas when you feel relaxed and positive. The researchers conducting the study found that “a short meditation, similar to physical exercise, often put people in a more positive and relaxed frame of mind.” The group felt more positive overall, and the study notes that “meditation decreased participants’ feeling of restlessness (by 23%), nervousness (by 17%), and irritation (by 24%).”

“You start to see things more clearly and be in the present more. Your mind just slows down, and you see a tremendous expanse in the moment. You see so much more than you could see before.”

Being able to step outside of your own biases and judgments allows a successful entrepreneur to understand how their employees and clients may view a situation. An egocentric boss unable to see how a particular decision might harm employee morale and lose customer trust will not be an effective leader. Even worse, a lack of empathy at the top levels will likely trickle down to employees, creating a toxic and stressful workplace culture that struggles to attract and retain qualified workers.

One of the greatest advantages of Higher Self meditation is that it moves us beyond our defensive instincts and desire for self-preservation. When we stop viewing a situation in terms of how it affects us and how it makes us look, it makes it easier to identify with other points of view and connect with others empathetically. We’re far more likely to be egocentric in a stressful environment as we feel threatened by present circumstances, but a strong leader knows that compassion and understanding are far more effective approaches to leadership than indifference and deflecting blame.

Meditation lowers your defensive reflexes and helps you understand other points of view. A study conducted at Emory University developed and tested a form of meditation called Cognitively-Based Compassion Training (CBCT). Using a mixture of guided meditations, self-reflection, and group discussion, participants were trained to develop their sense of compassion and empathy. Throughout the experiment, subjects were asked to accurately intuit the emotional states of photographed faces where only the eyes were visible.

After eight weeks, the participants who had practiced mindfulness training showed an increased ability to identify the emotional states of the photographed subjects, and brain scans conducted during the test showed a noticeable increase in parts of the brain associated with empathy.

How to Start Meditating

There are countless forms of meditation that range from breath control exercises and muscle relaxation to internal reflection and observation. The exact form of meditation that works best for you will depend on your own mind, but guided meditations are always a great jumping-off point for those looking to dip their toes. To help you get started, here’s a guided meditation from our free introductory course, Awakening Intuition with Meditation and Self Reflection. 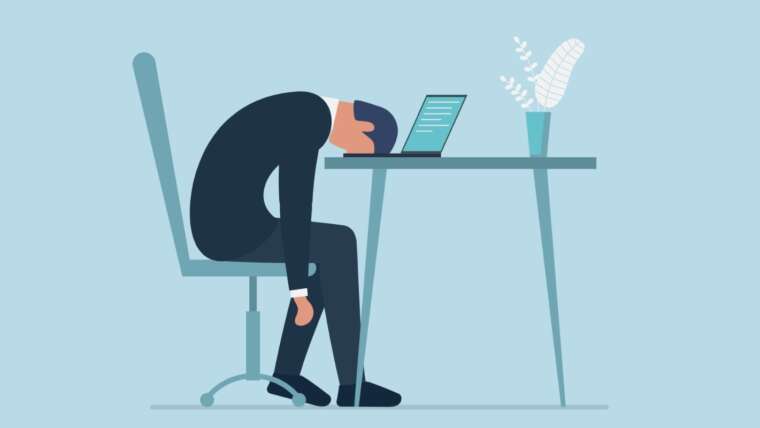 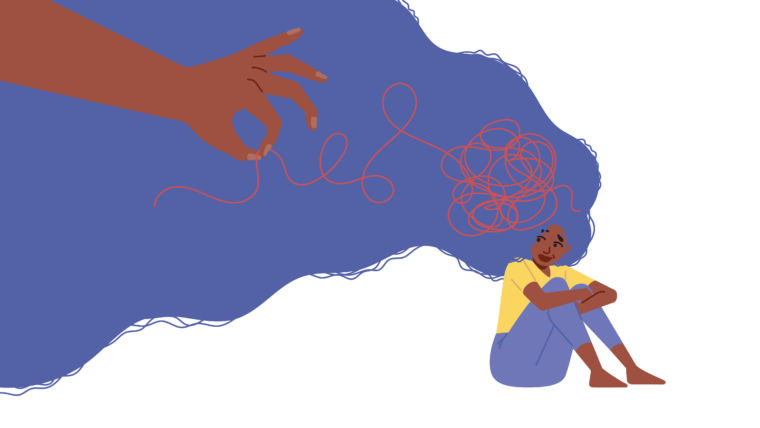